How Easy Is It to Mine Dogecoin?

Dogecoin is a type of cryptocurrency that was invented way back in 2013. Back then, few people even knew that this type of currency even existed, but today, it is arguably one of the most popular cryptocurrency options out there. For that reason, you may be wondering if you should mine Dogecoin.

After all, isn’t it a better alternative to Bitcoin? But what exactly is Dogecoin and, more importantly, how can it benefit you, and is it easy to mine? Keep reading and learn more about this unique type of cryptocurrency below.

What You Need to Know About Dogecoin

You might be wondering why you should bother with Dogecoin when there are many other types of cryptocurrency out there. For example, Bitcoin is the single most popular type of cryptocurrency of all, so why don’t you just mine Bitcoin instead? The reason is that Dogecoin has many benefits over Bitcoin that you might not be aware of.

For one, mining Bitcoin is incredibly difficult. It takes up a huge supply of electricity to even mine one Bitcoin and, more than that, mining a single Bitcoin can take a very long time. If you don’t have a lot of time to work with, then Bitcoin certainly won’t be a great option for you.

Besides that, there is only a limited number of Bitcoins out there. So, sooner or later, you won’t be able to mine any Bitcoin at all. This is not to mention that most people have already mined the majority of this cryptocurrency’s supply, so there isn’t much of a point in getting into Bitcoin mining now.

And, of course, the price of Bitcoin is quite unstable. For a long time, it was very affordable until a few years ago it reached all-time highs of tens of thousands of dollars. But since then, it has since plummeted and many people have lost their investments as a result.

But how is Dogecoin any different? For one, there is an unlimited number of Dogecoin you can mine. This means that there won’t be the problem of rarity to worry about, unlike Bitcoin.

Also, for that reason, the price of Dogecoin won’t fluctuate as much as Bitcoin or even as much as other popular types of cryptocurrency for that matter. This is not to say that Dogecoin is the most stable option of all, but it certainly is more stable than Bitcoin. Another benefit that Dogecoin has is that it is still a very affordable investment.

It is only a fraction of a cent but it is expected to grow in price in the future, much like Bitcoin did in the past. Since it is so affordable, you really can’t lose much when investing in this type of cryptocurrency. But how exactly can you mine Dogecoin?

Mining cryptocurrency has quite a mysterious reputation, but it really isn’t as complex and mysterious as it seems. Once you know how to get Dogecoin, it is easy to find out how to get more. But where should you start?

How to Mine Dogecoin

It is common knowledge that mining Dogecoin is a much easier task compared to mining Bitcoin or any other cryptocurrency for that matter. This is because it doesn’t take nearly as much energy to mine a single Dogecoin as it does to mine Bitcoin or other similar cryptocurrency options. Despite that fact, interestingly, mining Dogecoin is quite similar to the process of mining Bitcoin.

The main way to go about doing this is for a person to use their computer to solve a complex digital puzzle. This must be done quite quickly and it is then necessary to add transactional blocks to the chain of puzzles (this is where the term “blockchain” comes from). If you manage to solve one of these complex digital puzzles (or rather if you get your computer to do it), you will get a reward of around 10,000 Dogecoin.

That is more or less the equivalent of $700. Of course, the exact amount of money this will amount to will depend on the status of Dogecoin on the market. Even so, this is still a very good and efficient way to make some extra cash.

What You Need to Know

While you won’t be able to make as much money as you would with mining Bitcoin, mining Dogecoin provides faster results and it is much easier since it doesn’t require as much computing power. This is not to mention that you won’t have to worry about reward-halving.

This is because reward-halving for Dogecoin was stopped in 2015 and since then, it has not occurred. As a result, you can get the full value of whatever Dogecoins you happen to mine. You can easily mine thousands or even millions of Dogecoin on a daily basis which, of course, can add up to quite a lot of money.

This is not to mention that Dogecoin is one of the easiest cryptocurrencies to mine. It is even easier to mine than Litecoin which also has a reputation for being easy to mine. And once you have your Dogecoin, you can do whatever you want with it, whether you want to save it or sell it right away.

Dogecoin started out as a joke but soon became a real cryptocurrency that you can invest in. If you want to mine Dogecoin, you should know that it is actually quite easy and can even make you a lot of money.

To learn more about how it works, contact us here.

Is Litecoin a Good Investment? How to Get Risk-Free Litecoin

What Factors Affect Dogecoin Prediction for 2023? 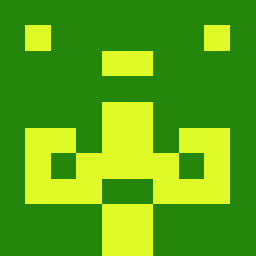