Bitcoin is one of the most popular topics on the Internet today, but many people assume that it is too difficult or complicated to understand and get into. This article will cover the basics of Bitcoin in a simple way for every level of comprehension.

To put it very simply, Bitcoin is just a digital currency. It cannot be touched or held or interacted with in any physical way. It is not owned or operated by any official company or organization, like a bank or a government. This means that it is "decentralized."

Bitcoin is easy to use and operate. It can be sent from one person to another very quickly and safely. It can be sent to anyone anywhere in the world who also uses Bitcoin. Because Bitcoin is decentralized, its value is determined by the people who use Bitcoin. No official government or bank can determine the price of one.

Bitcoin Creation and Who Invented It

Bitcoin was created and mined by someone under the alias Satoshi Nakamoto. This started in 2009 and most people today don’t know for sure who this Satoshi Nakamoto is or was. He dropped out of the project in 2010 and hasn't been heard from publicly since.

Since then, Bitcoin's development has been contributed to and led by a large team of developers around the world. Changes to Bitcoin's underlying technology are voted on by so-called "miners" who operate the specialized computers used to maintain the Bitcoin network.

How Bitcoin is Created and Mined

Mining is the process that allows a Bitcoin to come into the present world. It is an idea analogous to traditional mining, but the process uses computing power. Those computers are tasked with maintaining the integrity of the Bitcoin network by checking encryption and performing other tasks. In return, miners sometimes find a "block" of newly minted Bitcoins they get to keep in exchange for operating those computers.

Today, bitcoin mining requires a lot of computer power and electricity, making it more difficult to earn a profit, especially for small miners. Much criticism and intense interest has been focused on Bitcoin mining, as electricity consumption has climbed to as much as 0.3% of the entire world's total electricity consumption. Discussions about solving that issue take place within the cryptocurrency community all the time.

Bitcoin was designed to eventually produce a total of 21 million Bitcoins over the next century. As of now, almost 18 million Bitcoins have already been produced, with the rest being produced slower and slower until the last fraction of a Bitcoin is produced in the early in the 22nd Century. This is a form of artificial scarcity intended to help increase the value of Bitcoin over time.

How Bitcoin is Bought and Sold

The best part about Bitcoin is that it is very easy to purchase and sell. The simplest way to purchase Bitcoin is to buy it online, but there are also Bitcoin ATMs in some parts of the world. Bitcoin ATMs can be convenient in some ways, but most Bitcoin transactions occur online at established exchanges. Make sure to do your own research and due diligence wherever you buy or sell Bitcoin.

We should also add that you can earn Bitcoins at Cointiply. Doing tasks, completing surveys, watching videos, viewing PTC Ads, and completing other offers earns you Cointiply Coins which you can then withdraw as Bitcoin.

How Bitcoins Can Be Stored

Bitcoin is stored in a wallet, like traditional forms of currency, except a Bitcoin wallet is digital, meaning they reside on a computer. Each of these digital wallets has its own digital address that is also public. Those addresses are comprised of a bunch of letters and numbers 30 or more characters long.  You control who you give your address to, but anyone can see how much any given address holds. What they can't necessarily see is who owns that address.

Getting a wallet is usually free, and anyone can have an unlimited number of wallets. There are many different types of wallets to choose from and each one has a different level of security. There are wallets you run on your computer, some that run on dedicated hardware (that cost money), and online wallets, too. As with everything in the cryptocurrency world do your own homework and due diligence when picking a wallet.

Bitcoin Transaction Process and How Long It Takes

It takes about 10 minutes on average for a block to close and confirm that a Bitcoin transaction has been completed. Technically, it's not official until 100 blocks have included a given transaction. In practice, though, most parties consider it official once it has been included in 2 or 3 blocks. That is just another step that helps ensure security and the integrity of the network.

How Much It Costs to Sell a Bitcoin

Fees can vary, and do so mostly according to how busy the network is. The more you are willing to pay, the higher priority Bitcoin miners will make your transaction.  Despite this, Bitcoin transactions are very inexpensive, much less than traditional bank or money transfers, and are sometimes as little as a fraction of a cent.

Buying and Selling Less Than One Bitcoin

A Bitcoin has 8 numbers after a decimal. The smallest Bitcoin that someone can purchase is 0.00000001 Bitcoin. This single amount is called a Satoshi, named after the creator of Bitcoin. Even though it is possible to purchase and send this amount, it would be wise to avoid it because the transaction fee, or miners fee, will be higher than that amount being sent.

Where Bitcoin Is Accepted and What Can Be Purchased with It

Many businesses and stores around the world are accepting and embracing Bitcoin. That said, Bitcoin is still not really used as often as traditional money is, and adoption as an actual currency remains one of the challenges for the Bitcoin community. There are companies that help this, however, including Xapo and Bitpay, companies that allow credit cards to be connected to Bitcoin wallets. This kind of convenience is driving adoption rates, but it remains an ongoing challenge.

As mentioned above, Bitcoin is exchanged and used on a market that is open and free. It is not operated by any official bank or government. The price of a Bitcoin varies based on the supply and demand. In some cases, it can be based on instability and economic conditions throughout the world. Certain political events can trigger how high or low the value of a Bitcoin will be, as well.

Conclusion: Should Bitcoin Be Bought?

Most people are only skeptical of Bitcoin, but it has been proven that Bitcoin is very safe and secure because of the encryption used during each and every transaction. According to Satoshi Nakamoto himself, Bitcoin defeats the middle man and creates a safer way for people to exchange money and minimize fraud. If someone wants something that is secure, safe, and fast, they should try Bitcoin. 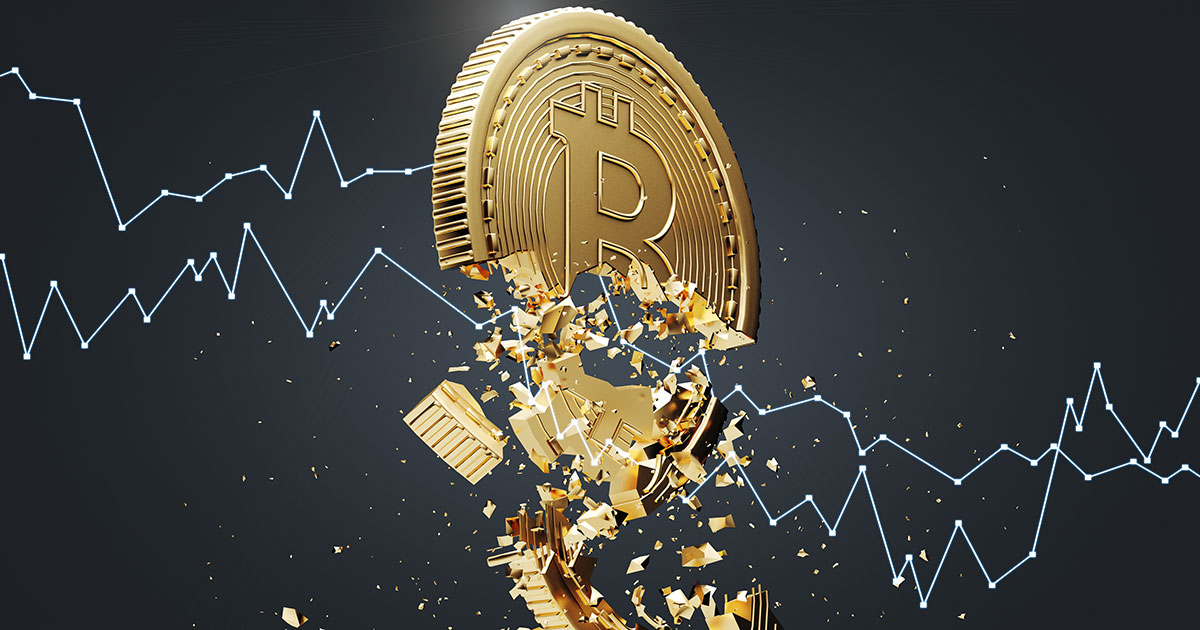 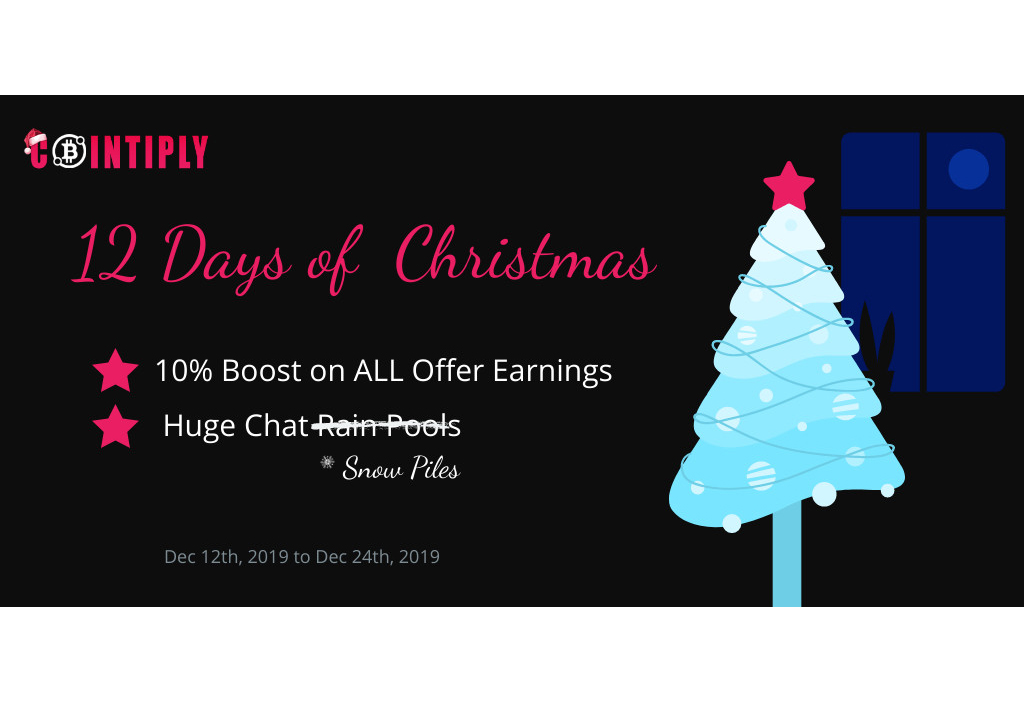 We love the holidays, and we're rolling out gifts for our members in Cointiply's 12 Days of Christmas promo. From December 12th to December 24th (UTC/GMT), you can get free bonus Coins in our chat (more on that below), and get earn 10% more on all our offerwalls—even surveys! Free ...

We have something fun we're going to try at Cointiply, and we're calling it CointiGuess! We're offering 20,000 Coins for the first five members who enter the right promo code, but the catch is you have to guess that promo code. Fortunately, we have some clues for you.